Gary Shannon is delighted to debut with Bravo! Vancouver in "Mass" At his age, it's fun to debut ANYTHING (or write this hundred-and-fifty word bio in third person). Like all working musicians, he does some of everything (lately more than ever), including performing vocally (with big or little groups on tenor, baritone, counter-tenor, or whatever), on piano and organ (lots at little churches), acting (usually a suicide, a butler, or both), writing (a concerto, some musicals, and an opera you've never heard of), arranging (that maybe you've heard of from the Portland Symphonic Choir or The Dickens Carolers), teaching (singing lessons online at Voice-Mentor.com), directing and conducting (Portland's beginner barbershop men's chorus that somehow makes a profit). Some nice awards made no huge or star career, but it's been loads of fun. Thanks to everyone, especially Janet, for a wonderful everything. You have a wonderful everything, too. There: 150. 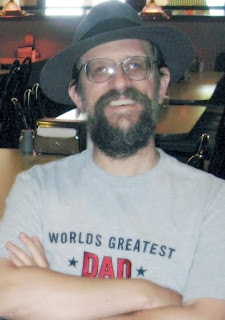 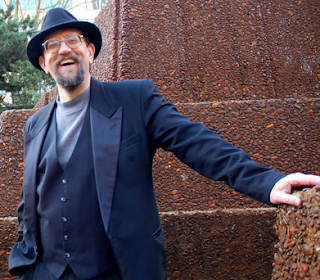 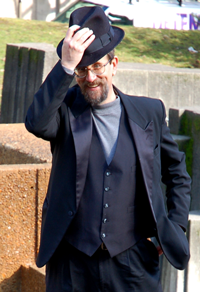 Posted by Gary Shannon at 6:32 PM No comments:

Commissioned in 1971 by Jacqueline Kennedy for the opening of the Kennedy Center for the Performing Arts, Leonard Bernstein's "Mass" blends sacred text, human emotions and musical styles - from Classical to Sacred, Rock, Blues and Jazz. Broadway baritone Douglas Webster produced the 30th Anniversary of Mass at the Vatican for Pope John Paul II, and will sing the lead role in our production. Join the Bravo! Chorale, guest soloists, and Chamber Orchestra for a 40th anniversary concert performance of this musical masterpiece.


I'm in the role of "Preacher". Here's a version of my jaunty song, "God Said", that won't give away the surprises in the lyrics.

Posted by Gary Shannon at 1:18 AM No comments: